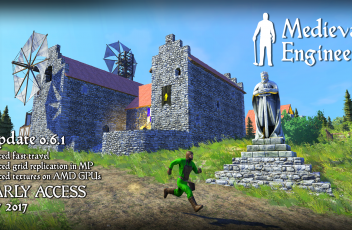 Hello, Engineers! The release of 0.6 has been received very well. A lot of servers sprouted up, hundreds of people were playing multiplayer together, and we saw a peak of nearly a thousand players at the same time, the highest it’s been in several months. While you guys were playing, we were hard at work Read More

Major Update 0.6 – Mechanical Blocks I have been working with the Medieval Engineers team over the last couple of months to make sure the game fulfills our original vision. This major update is one step towards this goal. It’s full of features like a new planet with new biomes to explore, new resources to Read More 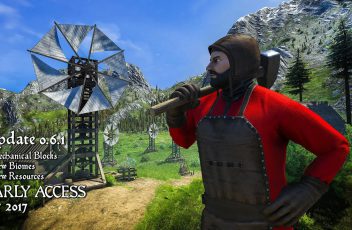 Hello, Engineers! We have been preparing another major update for you – and this one is huge! It’s full of features like a new planet with new biomes to explore, new resources to mine, new tools to build faster, and mechanical blocks to enhance crafting! You get all of that along with research quests so Read More 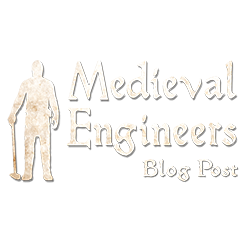 Hello, Engineers!Today we want to share our mechanical blocks! This is our #1 feature for 0.6 and it’s a very long time in coming. The mechanics system has been planned since the inception of Medieval Engineers and we even feature the first block concepts on our main menu. Without further ado we present the Mechanical Read More

Hello, Engineers!Today we want to share our extensive changes to the Medieval Engineers planet. It comes with new terrain and seven distinct biomes! Each one has a unique mix of flora and terrain that creates vistas unlike anything seen before in Medieval Engineers. Mine alongside desert mesas, built in the frozen arctic, and farm amongst Read More

Hello Engineers!Today we want to share some of the refinements that we’ve made in our upcoming 0.6 major update. We’ve added a couple of new features that have a large impact on gameplay. We refined the existing character animations and added some new ones. The look and feel are more enjoyable when you run, jump Read More

Hello Modding Engineers! With 0.6 drawing closer, it is time we give you guys a heads-up about some of our changes! We cannot yet give you the full list, as some of our changes rely on as-of-yet unrevealed features, however, after we release the update we will append this list with the additional information… See Read More