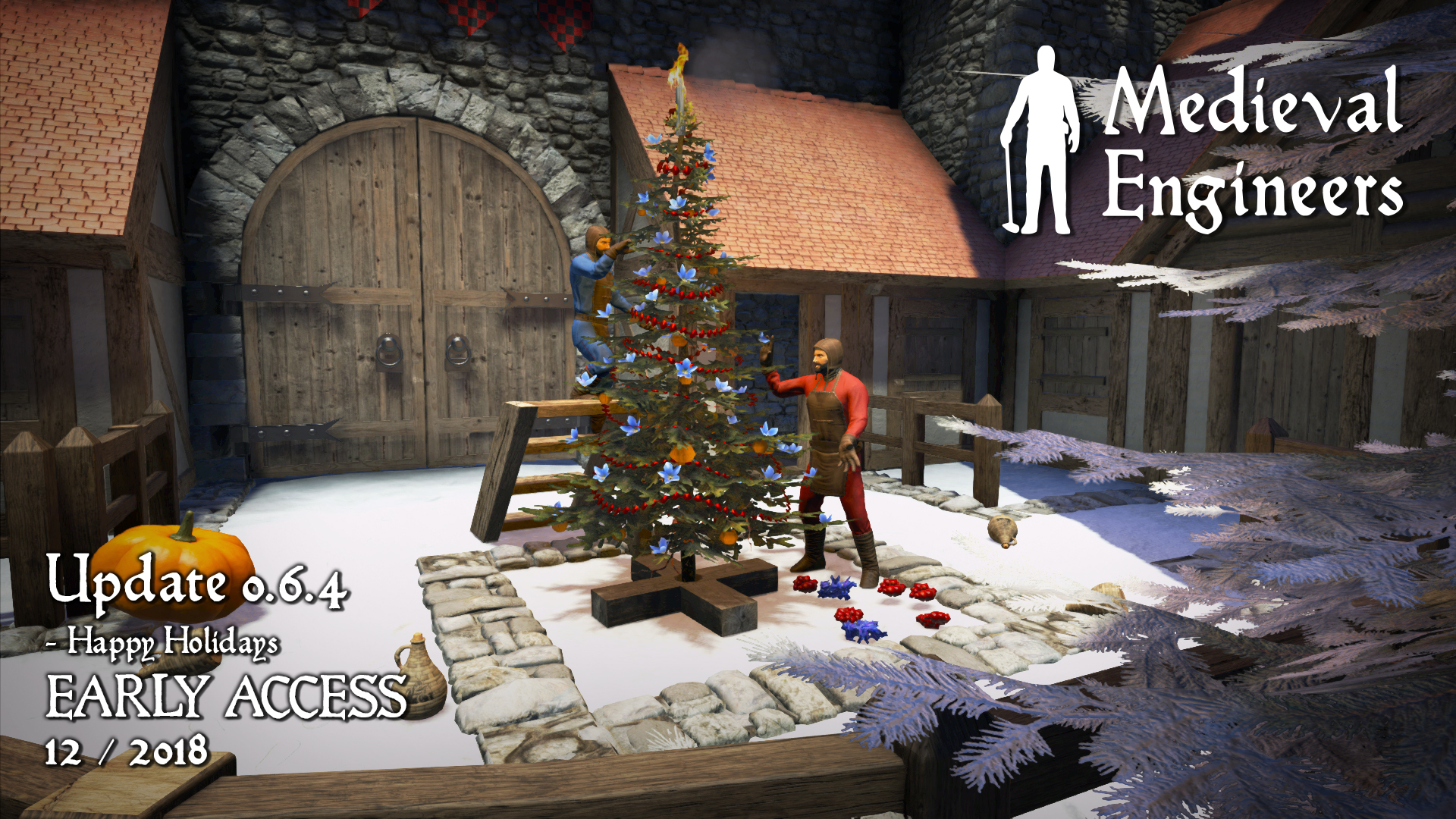 Hello, Engineers!
Another year has flown by. 2018 has seen lots of improvements to the game, from the optimizations to player characters, allowing dozens of players on a single server, to a major combat overhaul, and some major improvements to the modding interfaces, allowing for fantastic mods like the Water mod and the Rails mod, it sure has been a ride.

Today we’re adding the banners of the first and second place winners, WarNexxus and Ivan Cornelius, and re-enabling the Christmas Tree crafting recipe. You will be able to decorate your buildings with your own Christmas tree again! Also, we’ve fixed a memory leak that would lead to Havok switching off, creating what is known to the community as the “Simspeed Bug”. And we polished the trash removal feature a little, to keep the servers happy over the new years celebrations.

Internally, we continue to work on 0.7, as well as celebrating the holidays with our friends and family, here in Prague, or for those of us who are going home, in their home countries.

Enjoy the update, and happy holidays from the Medieval Engineers development team, and all of the people working at Keen Software House! We will see you again next year!