Hello, Engineers! This update includes fixes for the most important crashes that were affecting the game, as well as a fix for disappearing grids. These fixes should improve the stability of Medieval Engineers. For all the details please read Marek Rosa blog here: https://blog.marekrosa.org/2020/03/medieval-engineers-update.html Bugfixes Grids disappearing from the world Crash at Steamworks.NativeMethods.ISteamUGC_SendQueryUGCRequest Crash at Read More 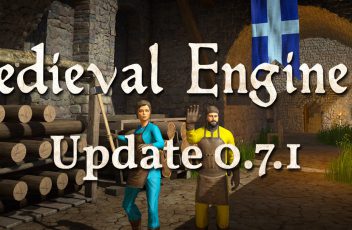 Hello, Engineers! We’re thrilled to announce that the 0.7 update has arrived and it’s filled to the brim with tons of exciting new features and enhancements! Whether you’re looking for updated block visuals, new blueprint building in survival, improvements to multiplayer or modding tools, there are plenty of fantastic new additions to experience in Medieval Read More 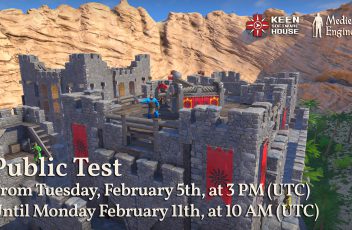 The public test is live! Please see this link to view instructions on how to access the test: https://steamcommunity.com/games/333950/announcements/detail/1741107428001141627 We’re also going to stream on the Keen Community Network on Tues, Feb 5th, 5 pm UTC & discuss the new features headed to the game! https://www.twitch.tv/keencommunitynetwork Have fun! Share on social media

We’re excited to announce that there will be a Medieval Engineers public test on Tuesday, February 5th, beginning at 3 pm UTC and running until Monday, February 11th, 10 am UTC! For more info, please see our announcement on Steam: https://steamcommunity.com/games/333950/announcements/detail/1741107428001141627 Cheers! Share on social media 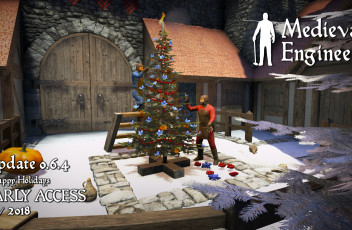 Hello, Engineers! Another year has flown by. 2018 has seen lots of improvements to the game, from the optimizations to player characters, allowing dozens of players on a single server, to a major combat overhaul, and some major improvements to the modding interfaces, allowing for fantastic mods like the Water mod and the Rails mod, Read More 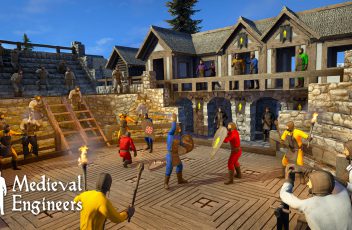 Hello, Engineers!We would like to tell you the tale of the evil Medieval Engineer who became king after his good brother slipped on a banana peel and broke his neck, banished his deceased brother’s children from the realm, doubled taxes across the land (hence the angry barbarians who are in a perpetual state of rebellion Read More 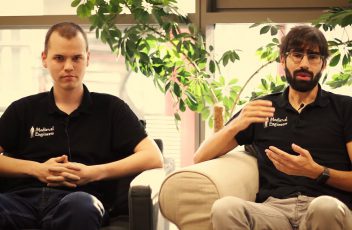 Hello, Engineers! Like last week, we have two things for you: a developer diary, and more bugfixes! In today’s developer diary we are joined by Sergey Leonidov, one of the designers on the Medieval Engineers team. We go into an in-depth discussion about the ideas that went into, and the processes behind, the creation of Read More 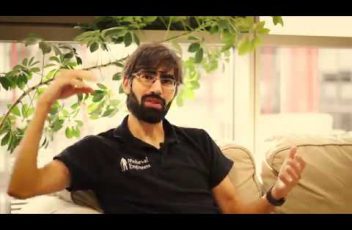 Hello, Engineers! Today we have two things for you: A developer diary, and some bugfixes! In today’s developer diary we discuss a rough overview of the development process of the 0.6.4 update, the main ideas behind our combat system, as well as a collection of other features that were part of this update. The bugfixes Read More 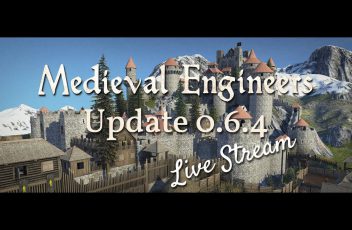 Hello, Engineers! We had an exciting week following the release of 0.6.4, and we see you have been enjoying the combat update as well! Many servers sprung back to life, and a lot of tournaments have been held in honor of the new combat mechanics. We have worked hard to tackle the most urgent issues Read More 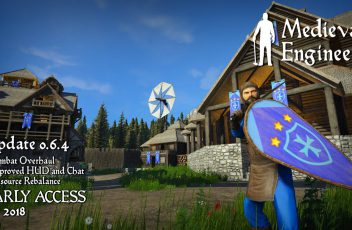